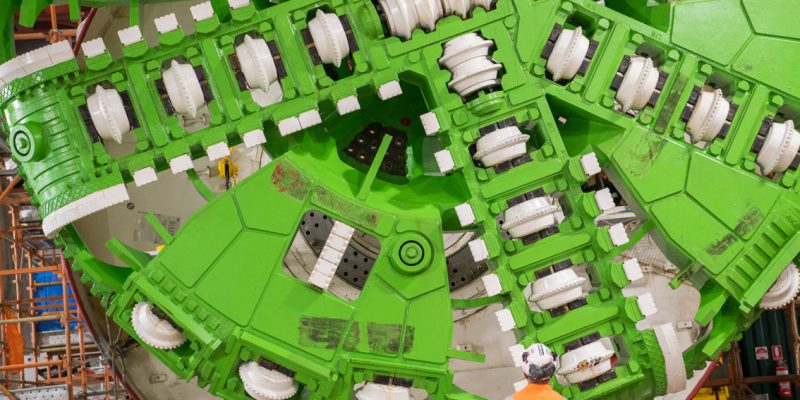 The main purpose of TBM Alice is to move beneath St. Kilda Road and the Yarra River, to link the Metro Tunnel’s new Anzac and Town Hall stations in Melbourne, Australia.

This project will be started in December by relaunching the TBM Millie, which is excavating a parallel 1.8 km tunnel along the same route, part of which will be 12m under the Yarra River.

Previously, the tunneling in Anzac Station site at Domain and the Metro Tunnel’s eastern entrance at South Yarra were fulfilled by TBM Alice and Millie. Then for commencing the digging process towards the CBD, these TBMs were carried to Anzac Station. Tunneling on the Metro Tunnel Project is progressed now over 60%.