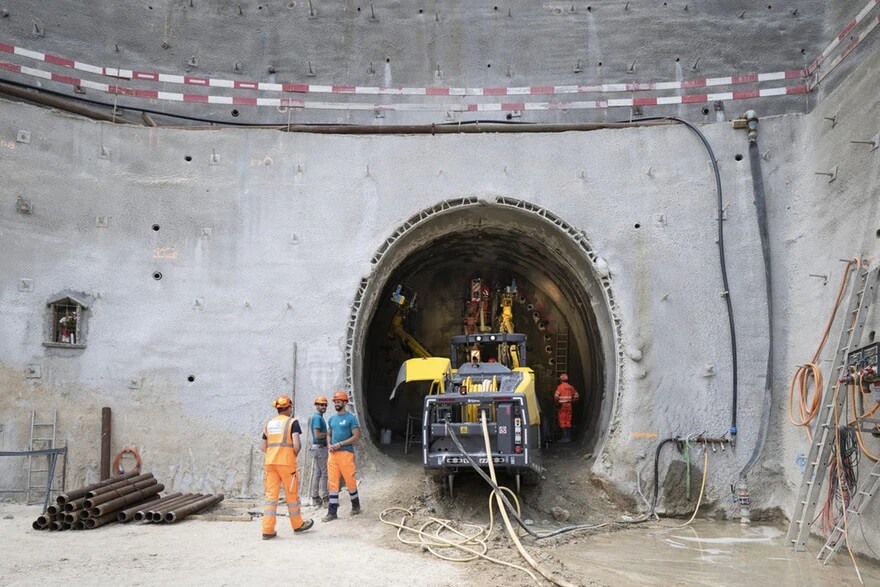 FEDRO – the Swiss Federal Roads Office – has held twin ceremonies to mark the official beginning of building the second tube of the Gotthard Road Tunnel.

The celebrations were held at the two ends of the tunnel – Göschenen and Airolo. FEDRO representatives, neighboring communities, the entire government of Ticino canton, invited guests, and companies, comprising Implenia, attended the event which due to Covid19, had been delayed since Spring 2021.

Already, relocation of entrances to the service and key tunnels; construction of access tunnels in Göschenen and Airolo; and access to the construction site in the Stalvedro area which was the significant preparatory work, had started.

Contractor Implenia, has begun civil engineering and tunneling work on the two preparatory lots ‘Lot 242 (Relocation of the north safety tunnel)’ and ‘Lot 243 (North access shaft and logistics excavations)’. The firm has received both contracts a few months ago worth approx. US$108m in total. For Lot 243, it leads the Second Tube JV with a 40% share, in partnership with Webuild (40%) and Frutiger (20%).

Allocating the preparatory lots of the Gotthard second road tube preceded publication of the invitation to tender for the two great main lots (north and south) by several months. The bids for these are going to be submitted in November 2021, with contracts anticipated to be awarded in the second quarter of 2022.