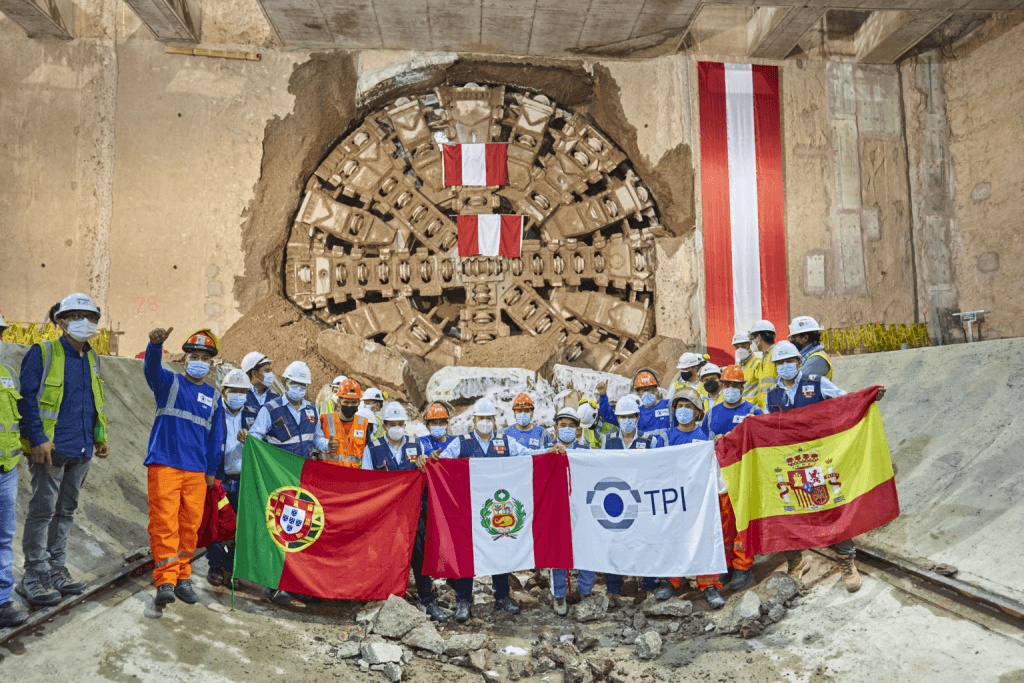 The digging process of the first section of a tunnel that is going to link two stations on the line 2 metro in Lima, Peru, has been completed using a tunnel boring machine (TBM).

Cooperating with local and European partners, the Webuild Group is awarding the $3bn (£2.2M) civil works for the metro project.

The line 2 building is due to include constructing 27km of the tunnel to connect the Ate and Callao districts of Lima as well as the construction of line 4, which is another planned metro line.

Advantage of these two new lines for the city’s metro system will be improving mobility across the city which is one of the most congested in the world.

Boring the tunnels and constructing 35 stations, 36 ventilation, and emergency shafts as well as two train depots, will be implemented by this TBM together with a second TBM, Delia, which has been named after the first Peruvian woman to earn a degree in mining engineering.

According to Peru’s President Pedro Castillo and Transport Minister Juan Silva, who have attended an event to celebrate the TBM’s breakthrough: "In this first section, five trains with six cars each, will be put into service. Hence, with capacity at 100 percent, each train will be able to transport 1,200 passengers. People will have a faster commute, increasing their productivity and improving their income."

Decreasing the travel time period among Ate and Callao from two hours 45 minutes to only 45 minutes, the new lines will ease more than one million people to travel across 10 districts daily.