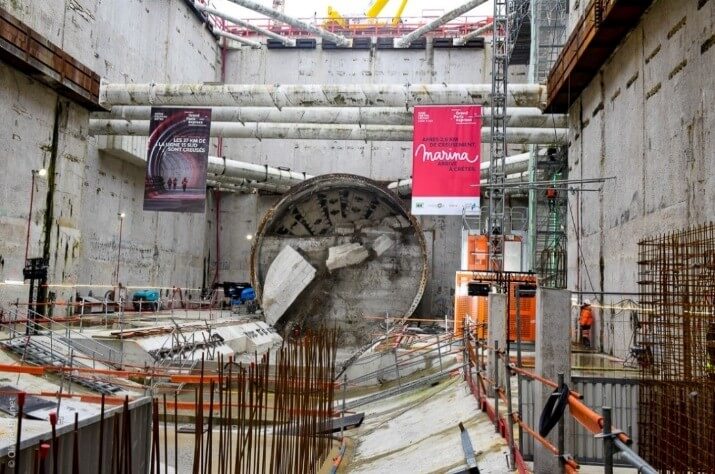 It is the end of tunneling process on Line 15 of the Grand Paris Express.

Locating among Île de Monsieur shaft at Sèvres and the Noisy-Champs station, the Line 15 South with 37 km length is one of four new metros lines being extended by Société du Grand Paris on the Grand Paris Express project.

Early in 2030 is the determined date for this project’s 200km of new metro routes development in Paris. While the work has been divided into a number of contracts, Line 15’s construction process is up to joint venture CAP group, which is led by Vinci Construction and is estimated to become operational in 2025.

The starting location of final TBM, named Marina, was Vitry-sur-Seine in March 2020 and dug 2.6km of tunnel.

The number of considered TBMs for this project were in whole 10 TBMs and each of them was about 100m long and weighed more than 1,500t. In all, 128,000 segments forming 18,500 rings were installed to form the line tunnel.