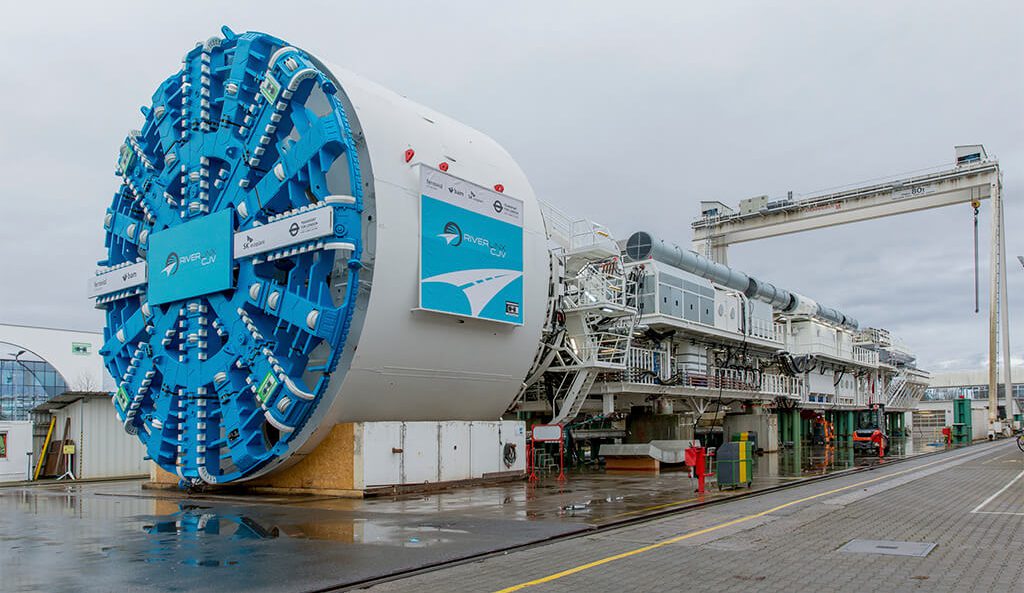 Following completion of its ultimate tests, the largest tunnel-boring machine (TBM) to be used in the UK is being surrendered for the Silvertown Tunnel project.

Having 11.91 meters’ diameter, the intended TBM is larger than those used on Tideway (8.85 meters), Cross rail (7.1 meters), and HS2 (10.26 meters), while on 2 December it has passed the final certification tests. The transporting process of this TBM to the site is currently underway in sections by lorry and barge and excavating is set to commence in the first quarter of next year.

In order to tunnel a 1.4km tunnel beneath the River Thames between Greenwich Peninsula and Silvertown, the Riverlinx construction consortium, comprised of Bam Nuttall, Ferrovial Construction, and SK Ecoplant will use this machine. The planned date for completing this project is 2025, while the amount of extracted materials after finishing the excavation will be around 600,000 tons.

The considered TBM which has been constructed by Herrenknecht is 82 meters long and weighs 1,800 tons.