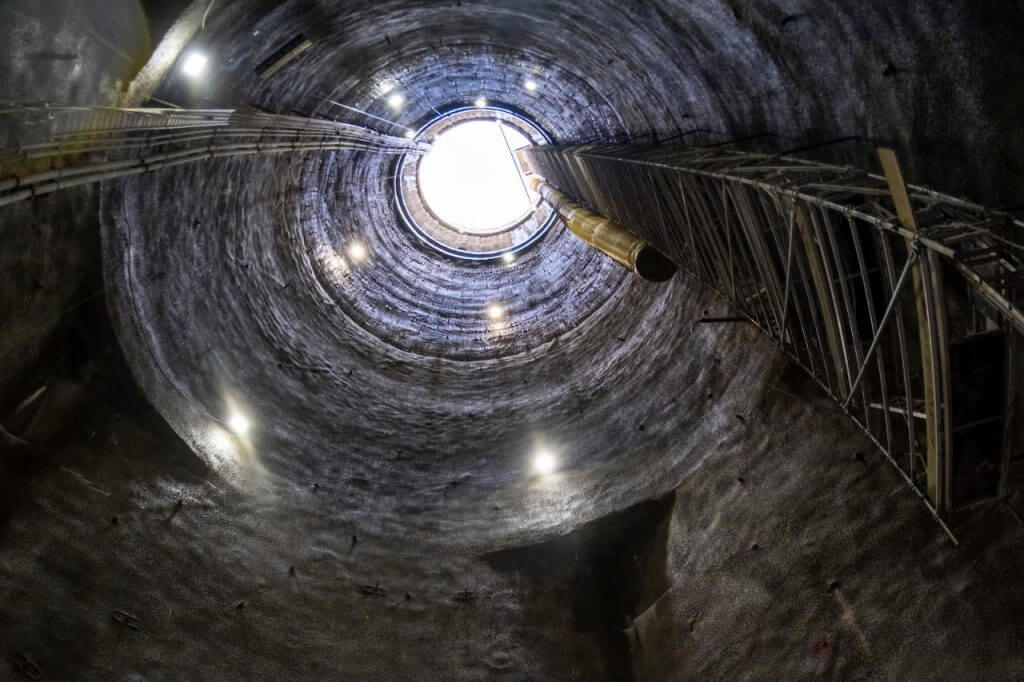 While the excavation crew has bored the May Road Shaft B with 12.4m diameter to its final depth of 73.2m beneath ground level, the shaft has been supported using secant bored piles, mesh, dowels and shotcrete at various depths and initially it is a construction shaft to facilitate the main tunnel drive.

According to GAJV 's LinkedIn post: "It is rare for engineers, geologists and operators to see how rock behaves at such depths. An achievement such as this can only be successfully undertaken with a strong team, great communication, and a positive attitude to face the numerous challenges along the way."

The total subsets of GAJV's delivery plan are almost 20km of tunnels, 19 shafts, a pump station, and wastewater management and network infrastructure works.

The Hiwa-i-te-Rangi, which is the project’s larger tunnel boring machine, until now has progressed 627m in the tunneling process of the main sewer tunnel and installed 387 of the tunnel’s 9,000 concrete segment rings, whereas the operation of this machine that was started up in July 2021, has been isolated on at least two occasions due to an increase in Covid-19 cases.

Stretching 14.7km from Grey Lynn beneath central Auckland and the Manukau Harbour to Māngere, the Central Interceptor tunnel will be 4.5m in diameter.

The tunnel is going to lie between 15m and 110m under the surface and its advantages along with two smaller link sewer tunnels will be collecting wastewater from the available network and take it to the Māngere Wastewater Treatment Plant.

The determined date for completion of this project is the 2026.