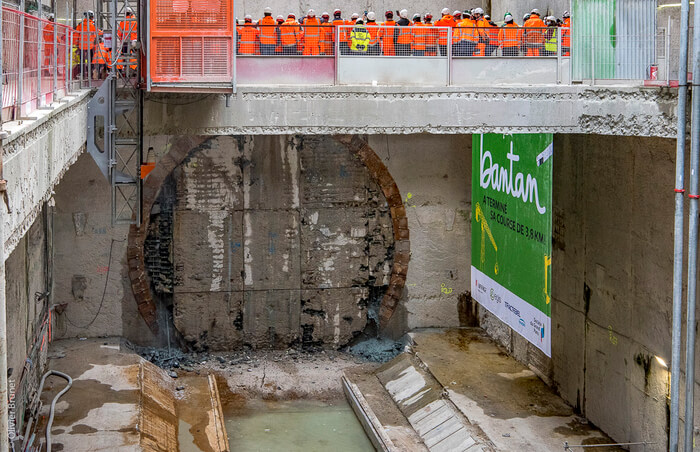 Commencing excavation of a tunnel boring machine (TBM) at a shaft in northeastern Paris is an indication of finishing the tunneling process for lines 16 and 17 for Société du Grand Paris’ Grand Paris Express project.

On 1 March 2022, the TBM named Batan completed its 3.8km drive in Paris’ Aubervilliers suburb when it broke through the wall of the canal shaft.

In order to build lines 16 and 17, which are located among the Saint-Denis Pleyel and Le Bourget RER stations, the TBM started its journey from La Courneuve and dug around 28m beneath the city.

Completing the second part of the tunnel which's total length is 6.4km, was done by starting up Bantan following the construction of a first section by TBM Sarah between the canal shaft and the Finot structure in Saint-Ouen-sur-Seine.

TBM, named after Bantan Diarra, the first female firefighter of La Courneuve, will now be dismantled with parts from the bottom of the shaft raised to the surface and removed from the site.

In the previous April, TBM Ellen ended its second and ultimate drive on line 15 south.