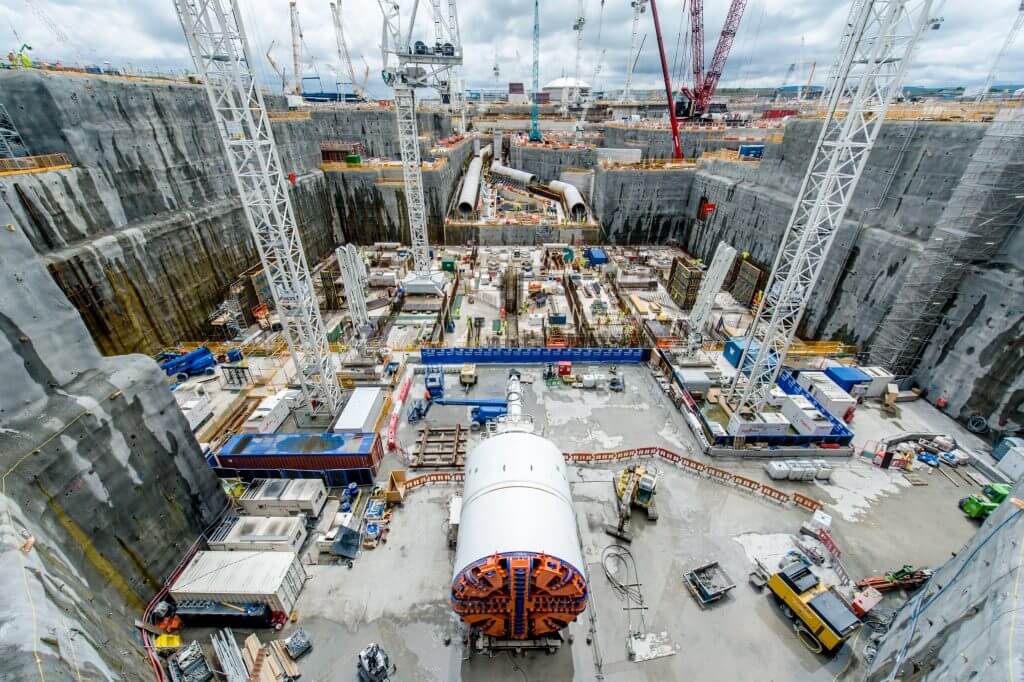 A significant landmark has been achieved in Hinkley Point C’s cooling water system project by completion of the second of three offshore tunnels needed under the Bristol Channel.

On 11 October, the 1.8km outfall tunnel, which is located 24m beneath the Bristol Channel, was dug using the tunnel boring machine (TBM), Emmeline.

The amount of eliminated materials for creating this tunnel by TBM Emmeline, which is named in the honor of Lady Emmeline Pethick-Lawrence, a prominent Bristolian women’s rights activist, is almost 100,000t.

As one of the largest systems of its type in the world, every permanent ring, of which there are 1,206, had to be installed to exacting standards – with every ring made up of over 9,600 nuclear grade concrete segments.

The 38,000 nuclear grade concrete segments required to line the three underground tunnels, have been manufactured by Balfour Beatty in recent April. Moreover, the segments have all been built to millimeter precision at Balfour Beatty’s purpose-built facility in Avonmouth.

The outfall tunnel considers as one of three underground marine tunnels, additionally it is going to be linked to the seabed by vertical shafts and capped with a large intake and outfall heads, the largest of which weighs around 5,000t.

Following completion of these tunnels, they will let 120,000l of seawater flow into the water cooling system every second.

The Balfour Beatty’s two heavy lift vessels, Rambiz and Gulliver, with the size of bigger than a football pitch which can lift 5,000t, will place the six head structures on the bottom of the Bristol Channel next year.

While TBM Mary's 3.5km journey under the Bristol Channel in order to complete intake tunnel 1 in December, has been ended, the residual tunnel, that is due to be completed by TMB Beatrice, will implicate the end of tunneling works at Hinkley Point C.