On Tuesday August 13, The New York City Department of Environmental Protection completed excavation of the Delaware Aqueduct Bypass Tunnel, a significant milestone in the USD $1 billion effort to repair leaks in the longest tunnel in the world. The moment happened at 6:51 a.m. when a tunnel boring machine broke through a wall of shale bedrock nearly 700 feet (210 m) beneath the Town of Wappinger in Dutchess County, New York, USA. Excavation of the tunnel was completed on budget and ahead of schedule. The Delaware Aqueduct Bypass Tunnel is the largest repair project in the 177-year history of New York City’s water supply system. Its centerpiece is a 2.5-mile-long bypass tunnel that DEP is building 600 ft. under the Hudson River from Newburgh to Wappinger. When the project is finished in 2023, the bypass tunnel will be connected to structurally sound portions of the existing Delaware Aqueduct on either side of the Hudson River to convey water around a leaking section of the tunnel. The 85-mile-long Delaware Aqueduct, the longest tunnel in the world, typically conveys about half of New York City’s drinking water each day from reservoirs in the Catskills. 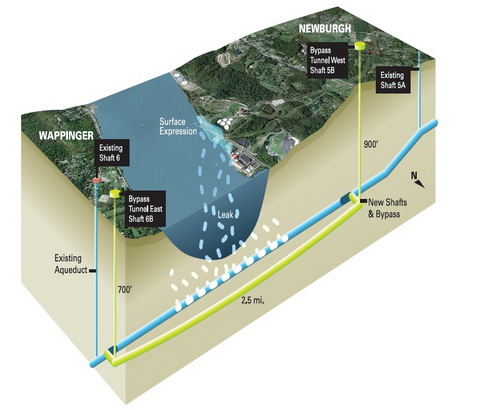 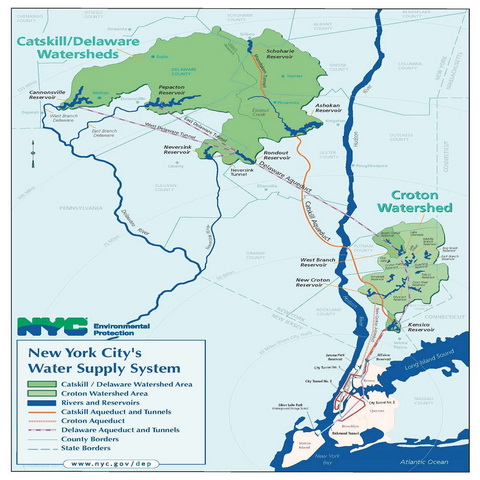