Twenty-two kilometers from the metro line 7 with presence of Tehran mayor, a group of members of the Islamic Council of Tehran and some urban directors has been opened. Public relations and the international community of Tehran and Suburbs, a suburban railway company, quoted from the Quality Management Directorate as saying: "Transportation is one of the infrastructural sectors of the economy, which plays a role in the interplay between the market for production and consumption, such as a bridge That the various sections of societies are moving towards it and sustainable development. Line 7 Metro Tehran has 25 km of main tunnel by mechanized drilling (by 2 TBM machines) and 2 km tunnel in the depot area and parking by NATM drilling method. The 27-km tunnel drilling operation is carried out in two sections of south-north-14 km and east-west of 13 km in full cross-section with two TBM drilling machines with a diameter of 9.5 m. The two devices were assembled at a junction of the Navab-Beryanak highway at a depth of 23 meters. To support these two devices, two additional support shafts are built in the middle of both parts. The drilling equipment is drained using a conveyor belt, a segments and components for transportation through the rail system and the injection of bulkheads behind the segments through the pipe. 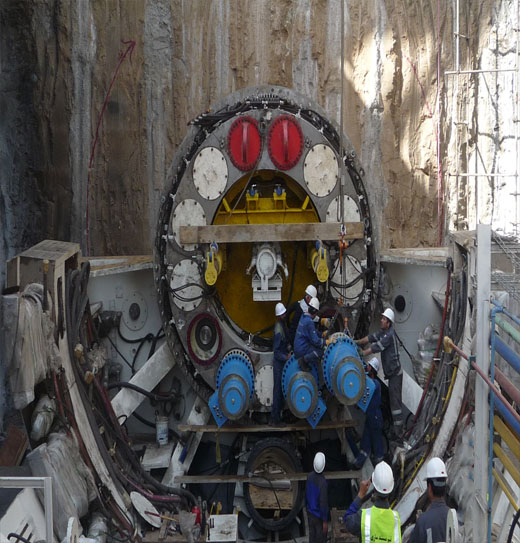 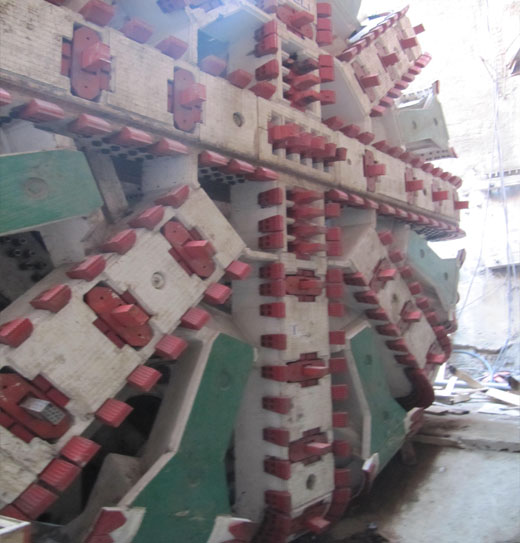 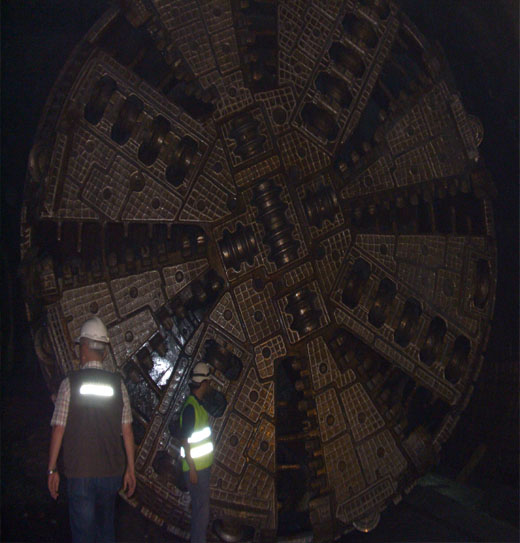