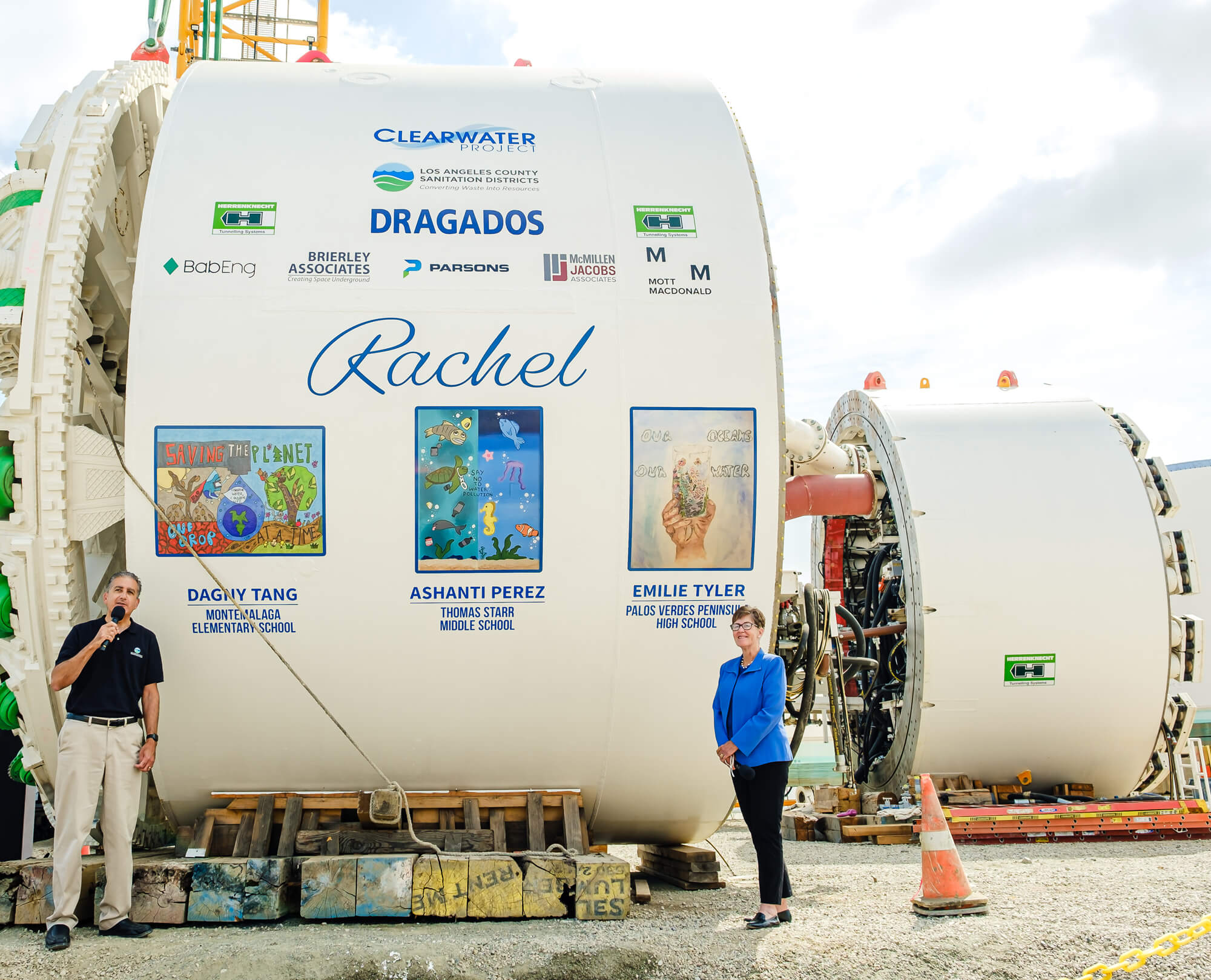 On 28/09/2021, Rachel tunnel boring machine began its journey towards Royal Palm Beach for the Clearwater Project. At first, she’ll go slowly while systems are tested, but soon she’ll pick up speed and construct between 9 to 15 m (30 to 50 feet) of tunnel per day. Equipment has been installed along Gaffey Street to monitor the ground closely during the work.

Later in June, sections of TBM Rachel were lowered to the bottom of the 30 m (100-foot) access shaft placed at JWPCP (the Joint Water Pollution Control Plant) and later the front of the machine was assembled and inserted into the starter tunnel.

JWPCP is the hub of the key sewer system that serves more than 5 million people in the southern half of Los Angeles County. Since 1928, this plant has operated continuously without failure and currently treats nearly 250 million gallons (946 million liters) of sewage every day. The JWPCP discharges cleaned water to the ocean through two tunnels that were constructed over 60 and 80 years ago.

Dragados is constructing the new Clearwater tunnel to ensure the continued reliability of the JWPCP and prevent any sewage discharge to the community or nearby water bodies. Pini Group, Dr. Sauer & Partners, Gall Zeidler Consultants, and SENER who are the consultants, have assisted the successful launch of the Herrenknecht TBM. Visit here for more information.