In early-August, TERRATEC joined workers from the Hindustan Construction Company (HCC) – Moscow Metrostroy (MMS) Joint Venture to celebrate the breakthrough of a 6.68-m diameter TERRATEC hard rock Tunnel Boring Machine (TBM), named ‘Vaitarna I,’ on Mumbai Metro Rail Corporation Ltd.’s (MMRCL) Line 3 project, in India. The major milestone saw HCC-MMS JV complete the 3.82-km southbound running tunnel between Chhatrapati Shivaji Terminal (CST) and Mumbai Central stations and become the first contractor on the project to finish an entire section of tunnel for one of the line’s seven contract packages. When complete, Mumbai Metro’s much-anticipated Line 3 will be the first underground metro line in the city. The 33.5-km long line will connect Cuffe Parade business district in the far south to the Santacruz Electronics Export Processing Zone (SEEPZ) in the north-central with 26 underground and one at-grade station (see map). Construction of the line is divided into seven tunnel-and-station packages that were awarded to five contracting joint ventures in 2016. These five contractors have deployed a total of seventeen (17) TBMs with TERRATEC being the lead TBM supplier on the project with a 41% market share. To date, the seven TERRATEC machines have completed 65% of the 22.6km allocated to them – signifying almost half of the total 54km of tunneling on the Line 3 project – and hold the production records for best day and best month on the project. 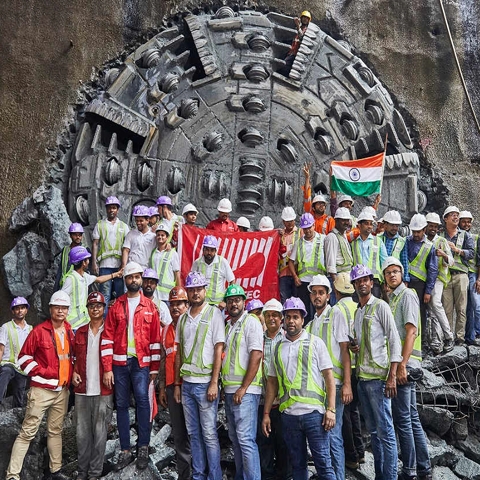 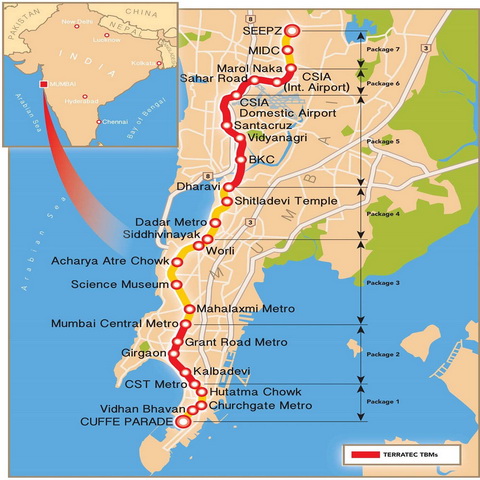