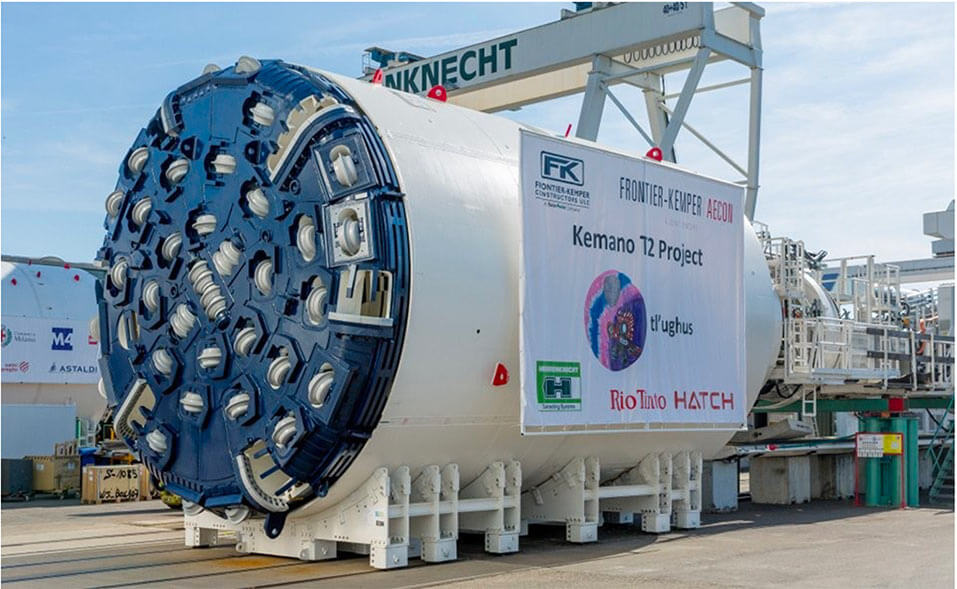 The Rio Tinto’s Kemano T2 hydropower project in British Columbia, which has finished a second tunnel to convey water into the Kemano Powerhouse, to certify the long-term reliability of the power supply for Rio Tinto’s BC Works smelter in Kitimat, is going to be completed using a TBM.

The tunnel's construction process was commenced in the early 1990s and the journey of the intended TBM included driving 7.6 km through the rock in remote mountains for over 30 months while completing the route for 16 km tunnel.

The TBM, which has been manufactured by Herrenknecht with 1,300 t weight, 190 m length, and more than 6 m in diameter, is named tl’ughus by the Cheslatta Carrier Nation after a legendary giant monster snake and is decorated with artwork by Haisla Nation students.

The second half of 2022, is the estimated date for completion of this project that is due to be filled up with water in the middle of next year.

For more details on the project please visit this website.