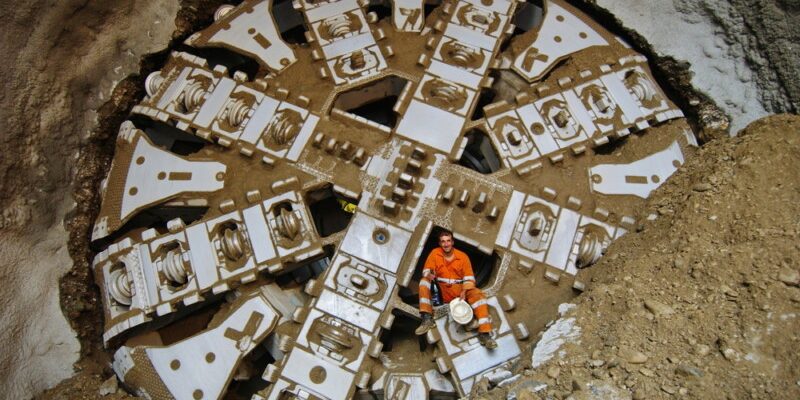 The first mega tunnel boring machine (TBM) has been provided in a critical milestone for the Snowy 2.0 project.

The milestone was celebrated with the official naming by Snowy Hydro Ltd: The ‘Lady Eileen Hudson’ TBM.

The Lady Eileen Hudson TBM, which owes its name from the wife of inaugural Scheme Commissioner Sir William Hudson and an important Snowy Scheme ambassador, will excavate the 2.6km major access tunnel for the Snowy 2.0 project and enable access to the site of the underground power station cavern.

The intended TBM, which is the initial among three TBMs that will finally be working on the project, will remarkably develop pumped-hydro electricity generation from the iconic Snowy Mountains Scheme.

Minister for Energy and Emissions Reduction, Angus Taylor, said: “The commissioning of the first TBM marks a major achievement for Snowy 2.0.”

He also asserted: “This machine will dig out about 16m of rock each day, and will eventually provide critical access to the site of the power station, 800m underground. The project has seen significant ramping up of activity over the last year, and it’s already creating a jobs boom, with a current workforce of 1,000 people and an expected 4,000 direct jobs over the life of the project.”

Angus Taylor continued: “This is also creating an economic ripple effect in the region, with more than 150 Snowy Mountains businesses to date delivering local content for this historic project, with flow-on indirect jobs and benefits across the region. Snowy 2.0 is a key part of the government’s agenda to deliver affordable, reliable power and ensure Australians get a fair deal on energy.”

“Snowy 2.0 will store the excess energy from Australia’s world-leading levels of household solar and use that energy when the sun goes down, to keep the lights on and prices low,” stated this minister.

The Snowy 2.0 is going to enhance the Snowy Hydro Scheme’s capacity by 2,000 megawatts and provide 350,000MWh of large-scale storage, after completion and this will be sufficient to power the equivalent of 500,000 homes for more than a week during peak demand. Moreover, this will decrease volatility in the market, support validity, and bring down power prices.

This project is secured by the Federal Government with up to $1.38 billion in equity and Snowy Hydro funds the remainder of the project.

The estimated date for exploitation commencement of the project is 2025.