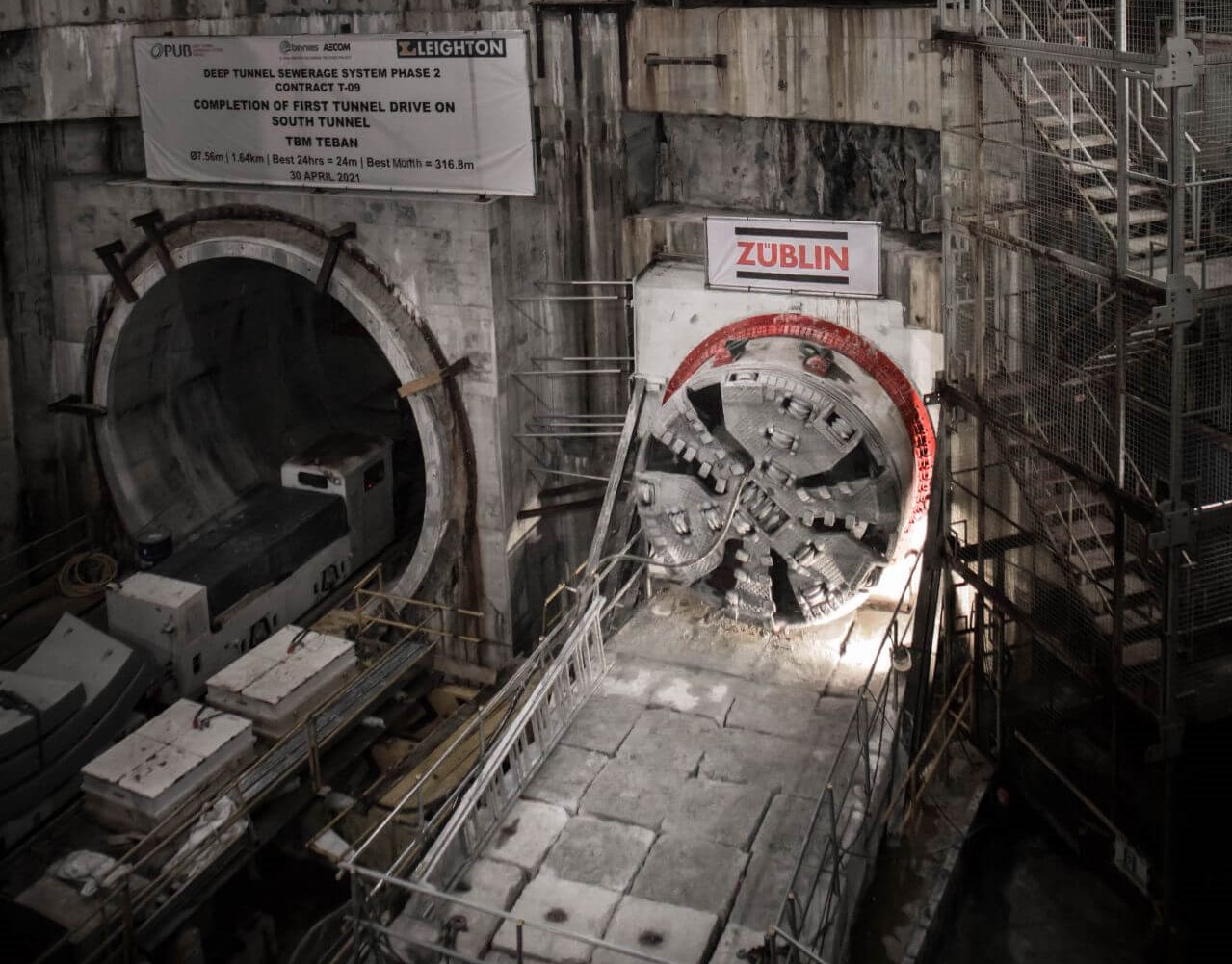 Contractor Zublin Singapore has revealed a pipejacking breakthrough at Shaft N3 of DTSS2 (the Deep Tunnel Sewerage System Phase 2) which is going to serve the eastern part of the country.

The Zublin Link Sewer–S2 C2 project team has finished the connection between the DTSS link and the main sewer which was seen as a significant project milestone. The pipe-jacked drive has an inner diameter of 3m between Shaft 2A-MH08 to Shaft N3 (by DTSS2 T-09) and was achieved in the last week of September.

As one of many link sewers totaling 60km in length, it is going to channel used water flows from the current shallower sewerage network to the new deep tunnel.

The mammoth project contains 19 TBMs (18 mix shield, 1 EPB) totally, with diameters up to 7.56m, and one 10-12m diameter VSM for sinking shafts, all provided by the German Herrenknecht. The project’s various alignments run through the mainly heterogeneous soils of the Jurong Formation including limestone, sandstone, claystone, and groundwater.

The DTSS which is known as a sewer ‘super highway’, conveys used water entirely by gravity through deep tunnels to three coastal treatment plants. DTSS Phase 2 will cover the western part of Singapore and is expected to be completed and operational by 2025 when it will connect with Phase 1 (eastern part) which was finished in 2008.

SRL is Going to be Built by Three Consortia which was Shortlisted 13 September, 2022